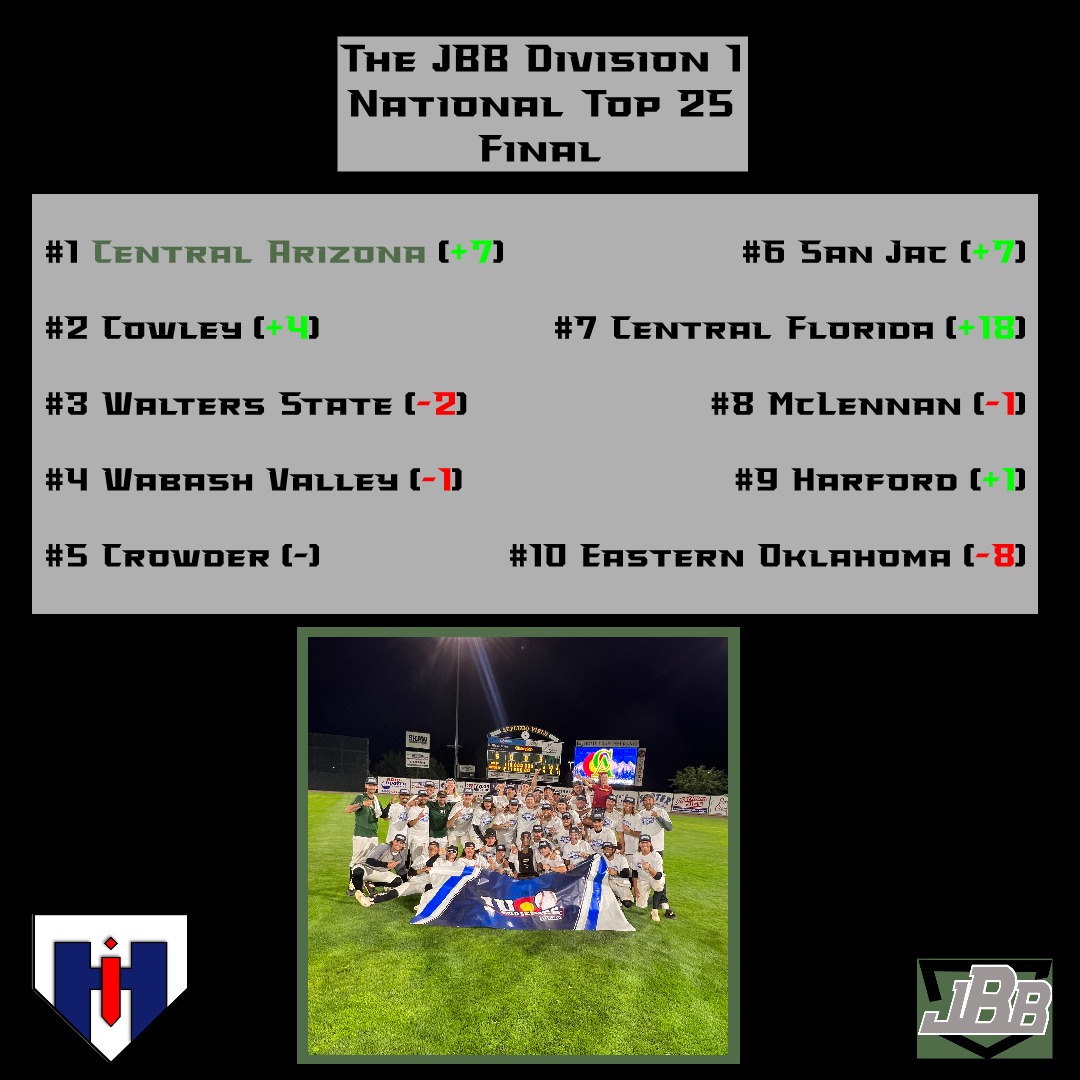 Whether you are looking for a single policy or one for the family, Home Run Insurance has something for everyone. They are associated with one of the biggest PPO networks in the country. Shoot us an email at Noah.sharp@ushadvisors.com or give us a call and let us see what we can do for you! As we like to say “You can’t win a game without insurance runs, so let us help you win at life with some insurance.”

For the 3rd straight time, Central Arizona has played for the National title. And for the 2nd time in 3 trips, they are taking the National Championship back to the Desert.

At the start of this tournament if you would have picked Central Arizona and Cowley being the final two teams. People looking in may have laughed but they proved everyone wrong. Central Arizona’s bats came alive. Cowley and their defense showed why they are one of the top 2 defensive teams in the country. The other top defensive team was Central Arizona. What is that age-old saying? Defense Wins Championships?

The field that took part in the Juco World Series this year broke the record for most home runs hit in a single Tournament breaking the old record of 66 and ended the week hitting 71 with Central Arizona leading the way with 18, Central Florida hitting 10, San Jac hit 9, McLennan hit 8, Cowley, Wabash Valley, and Crowder all hit 6, Walters State hit 6, Harford hit 2, and Snead hit 1.