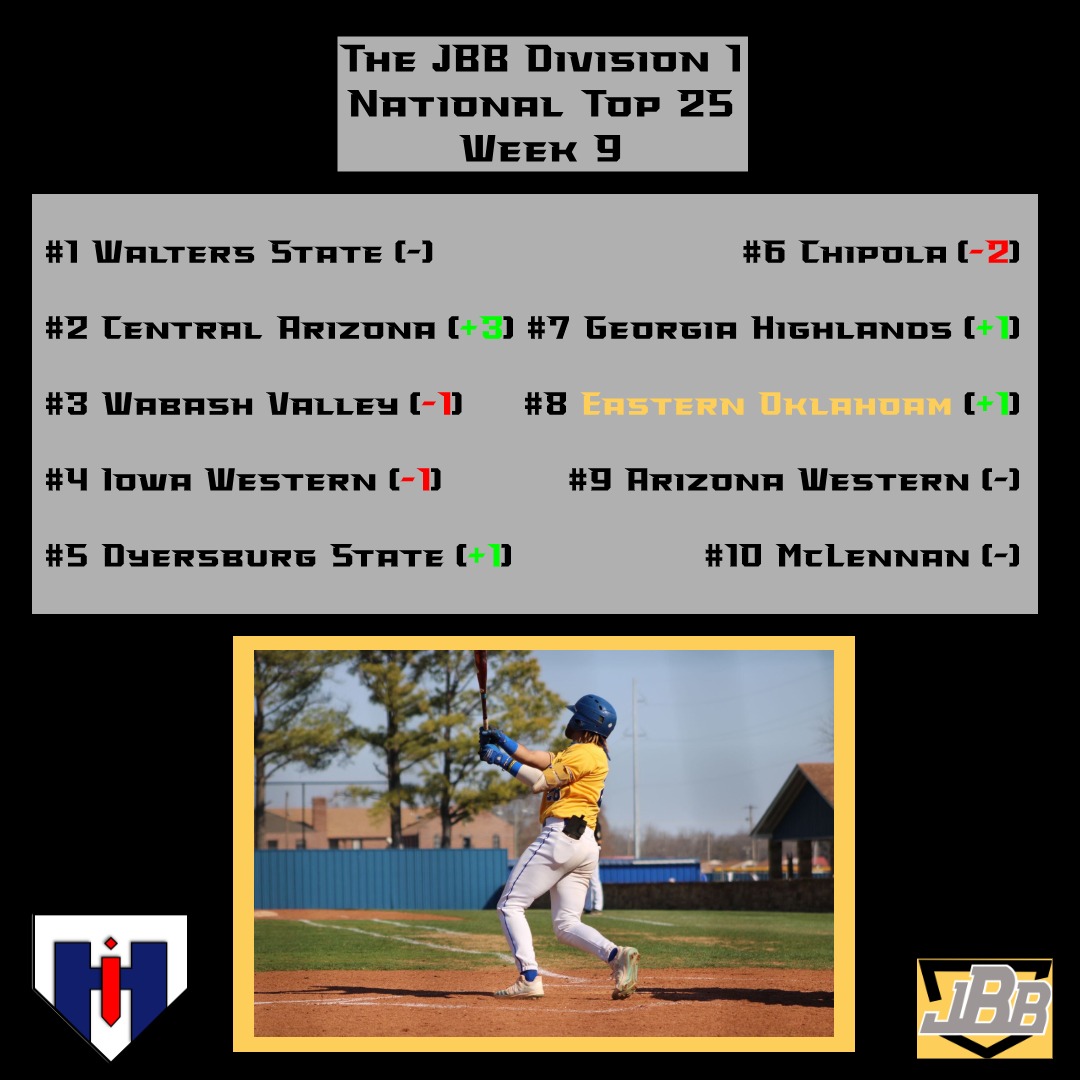 Whether you are looking for a single policy or one for the family, Home Run Insurance has something for everyone. They are associated with one of the biggest PPO networks in the country. Shoot us an email at Noah.sharp@ushadvisors.com or give us a call and let us see what we can do for you! As we like to say “You can’t win a game without insurance runs, so let us help you win at life with some insurance.”

Walters State pushes their win streak to 10 after their 4-0 week. They swept a 3 game series against Southwest Tennessee which had 2 games that were 3-0 wins. And they had an early week win against Cumberland University JV.

Central Arizona has been the cream of the crop all season and has not taken its foot off the gas pedal. Their 4-0 week had a sweep of Scottsdale and a sweep of Top 10 Division 2 team Phoenix College.

Wabash Valley dropped a spot after losing the first game of the week to Lincoln Trail. They then took the next two games to take the series.

Iowa Western had a split this week with D2 Power Kirkwood as well as took 1 game from Northeast (NE). On top of that one of those wins, this past week was Head Coach Marc Rardin’s 900th Win.

Dyersburg State hit a rut a week ago after they dropped a series. But this past week they bounced back with a 5-0 week. They finished a series sweep of Southwest Tennessee then swept Volunteer State to end the Week.

Chipola dropped a few spots after they split the week with Coastal Alabama – Bay Minette.

Georgia Highlands Seems to be keeping it rolling. After the 2 losses to Wabash Valley back at the end of February, they have now rallied off another 12 Game Winstreak.

The Lone Unbeaten left at the NJCAA Division 1 level. Eastern Oklahoma seems to be here and here to stay. #KYF

The other power that is Arizona Western. After a big 6-0 week they remain at the #9 Spot.