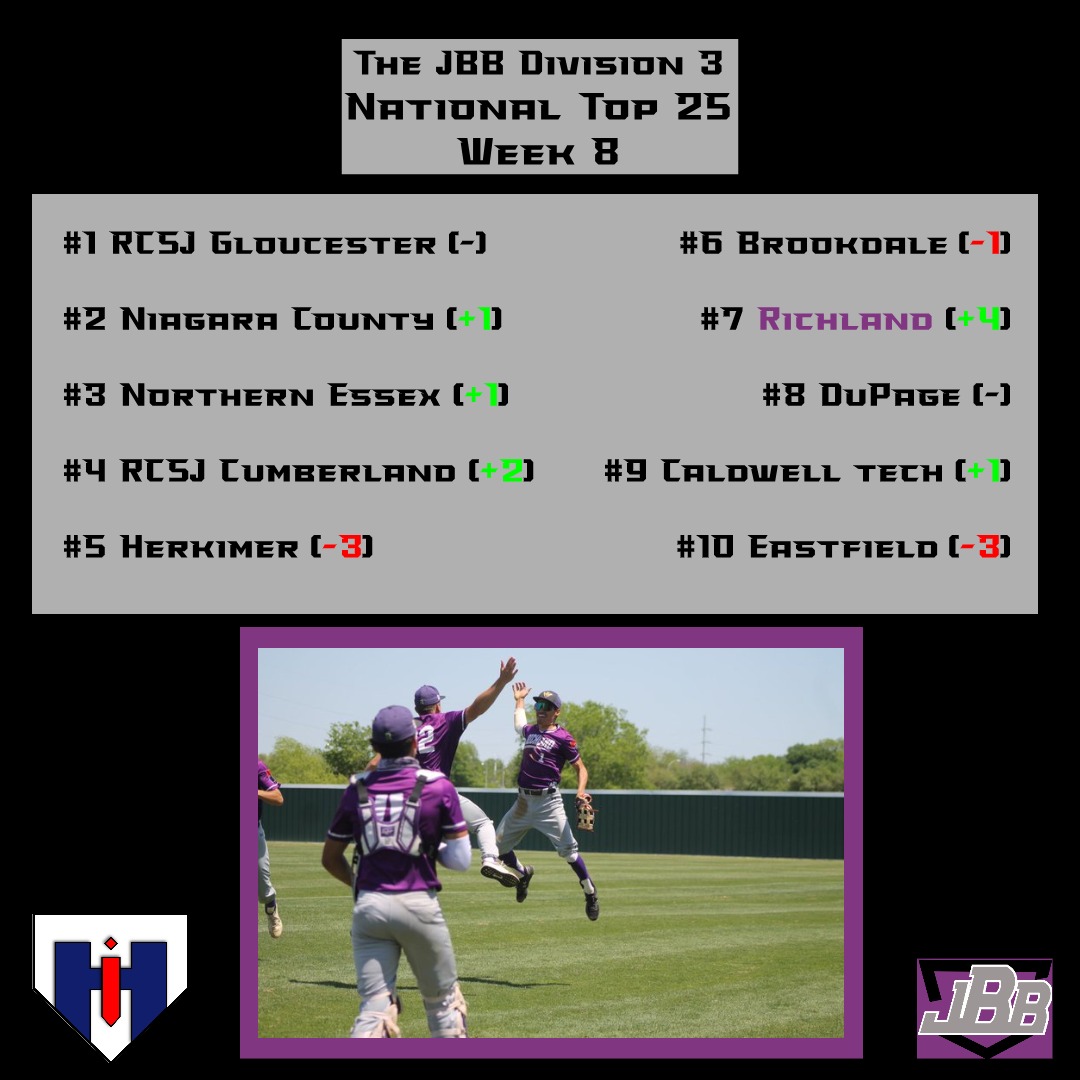 For the rest of the season, we now have a sponsor for the National Rankings in Home Run Insurance. Whether you are looking for a single policy or one for the family, Home Run Insurance has something for everyone. They are associated with one of the biggest PPO networks in the country. Shoot us an email at Noah.sharp@ushadvisors.com or give us a call and let us see what we can do for you! As we like to say “You can’t win a game without insurance runs, so let us help you win at life with some insurance.”

The Division 3 Ranks saw a ton of movement in the top 10.

#2 is now Niagara County which jumps up one spot after a 7-3 week that saw them sweep Former #2 Herkimer, split with Division 1 Potomac State then lose a series to Allganny Maryland. Despite those 3 losses the sweep of Herk jumped them to the 2 spots.

#3 is now Northern Essex which jumpers up one spot from #4. They jump up after a 6-2 week that saw them split with former 2 Herkimer and then drop one game to Hudson Valley.

#4 is now RCSJ Cumberlands who jumps 2 spots from #6. They had a 6-2 week that saw their two losses to North Central Missouri and USC Sumter.

#8 remained the same at DuPage.

#10 is now Dallas College – Eastfield who dropped 3 Spots despite having a 2-0 Week.

Newcomers to the Top 25: