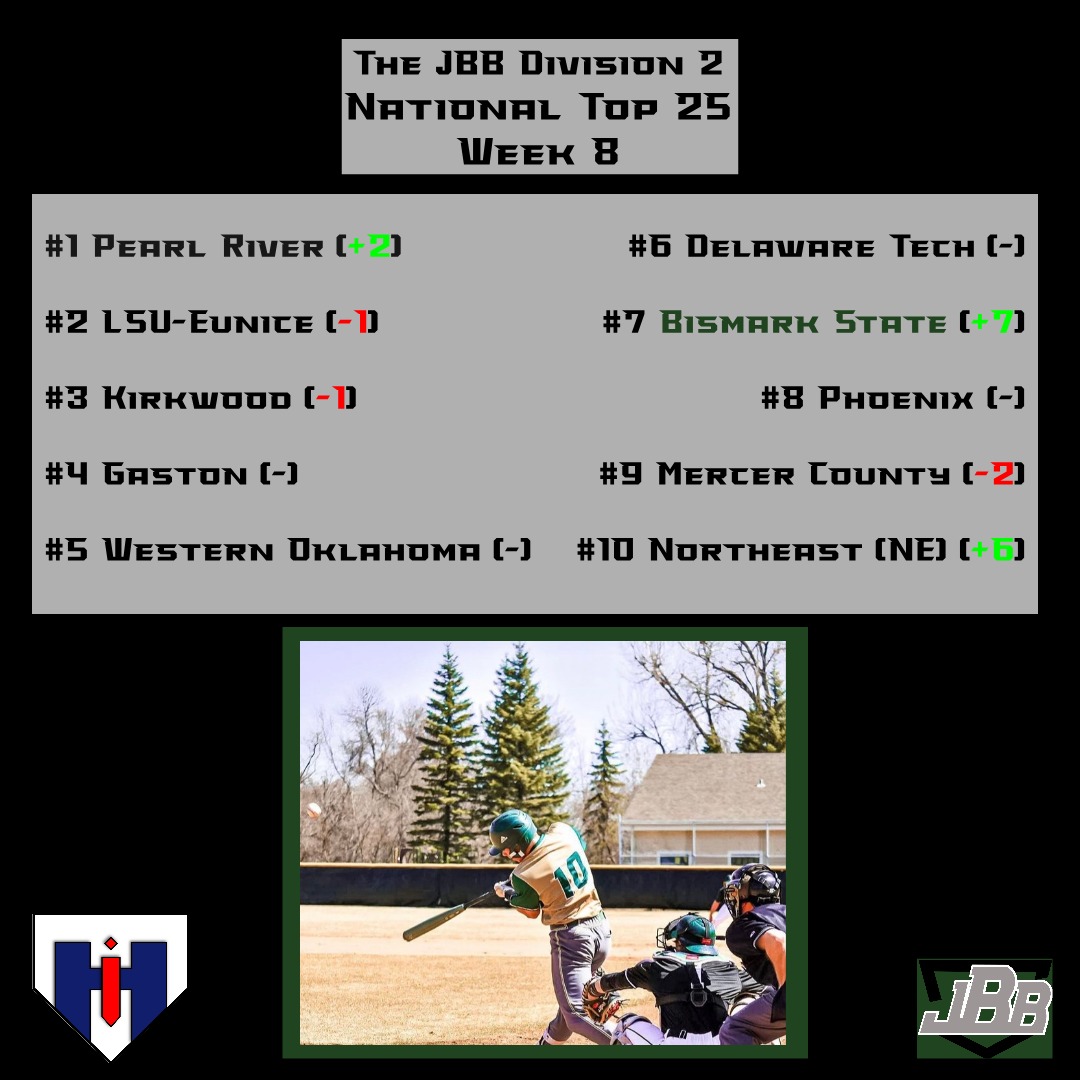 For the rest of the season, we now have a sponsor for the National Rankings in Home Run Insurance. Whether you are looking for a single policy or one for the family, Home Run Insurance has something for everyone. They are associated with one of the biggest PPO networks in the country. Shoot us an email at Noah.sharp@ushadvisors.com or give us a call and let us see what we can do for you! As we like to say “You can’t win a game without insurance runs, so let us help you win at life with some insurance.”

The Most movement this week was in the teens for the division 2 schools but here is a look at how the top 10 shaped up this week.

#1 is now Pearl River. They jump up 2 spots after a 3-1 week which saw them Sweeping former #13 Jones County and beating former #1 LSU-Eunice. The one loss was to Baton Rouge.

#2 is now LSU-Eunice who dropped 1 spot. They had a 2-2 week that saw them losing games to Wharton County and to Former #3 Pearl River. They did sweep a series with Baton Rouge.

#3 is no Kirkwood. They had a 5-1 Week. They dropped more due to LSU-E Dropping 1 spot than the record they had.

#5 Stayed the Same with Western Oklahoma State having a 5-1 Week.

#6 Stayed the Same with Delaware Tech going 0-1 on the week.

#7 is now Bismark State. They jump up 7 Spots. When we spoke to them before the season started they said they would have a ton of bats and man this week they showed it. Going 8-1 down in Arizona for spring break and outscored their opponents on an average of just under 6-1.

#9 is now Mercer County which drops 2 spots after a 3-3 week. They had a series loss to Division 1 Harford and 1 loss to the Division 3 #1 Team RCSJ Gloucester.

Newcomers in the Top 25: