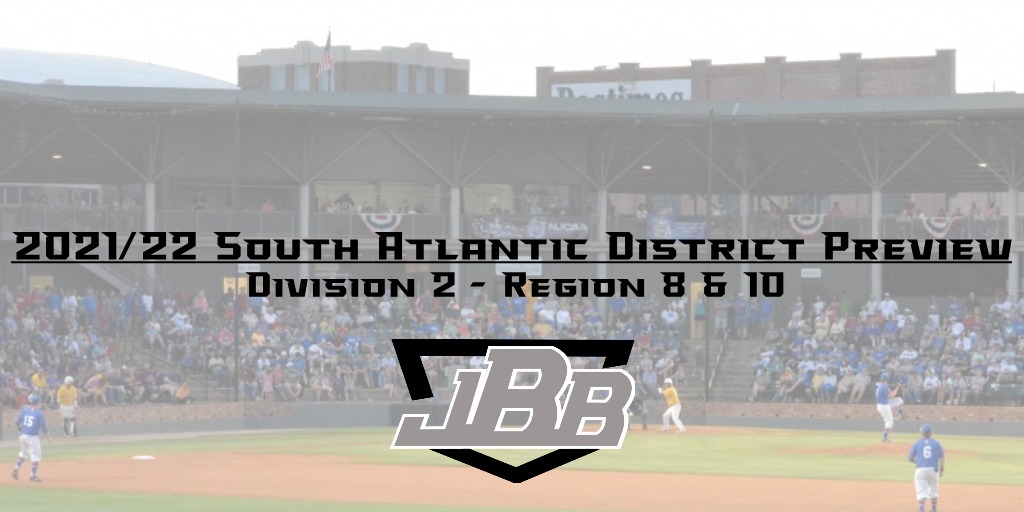 So this District just got a bit more interesting. There used to just be 2 Florida teams and the winner of the Series would make the trip up north and compete in Region 10 Tournament. Now they will both have a tournament and the winners will play each other in a Super Regional style series between the two winners.

With that being said things are going to get fun. The northern (Region 10) Side of the district is loaded with the usual suspects, Catawaba Valley is ogin to have a ton of arms. Guilford Tech is going to be looking to make a lot of noise. Both New schools in Richard Bland and Southwest-Whiteville are looking to make a lot of noise in their first years of the program.