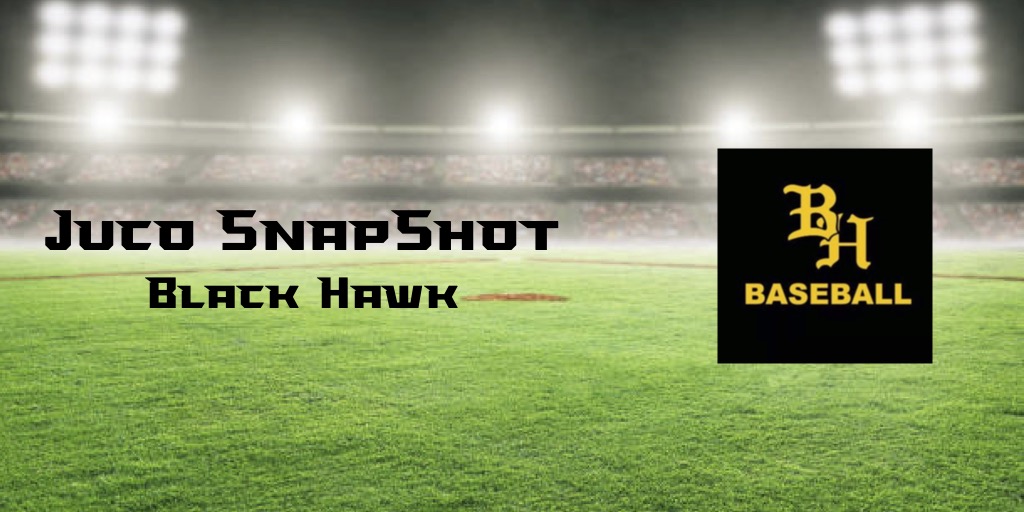 Not to re-use a line from a few other SnapShots but the 3rd year guy this year is going to be a big part of a lot of teams. For Black Hawk, they have 13 3rd-year guys. 9 of them are in their 3rd year at Black Hawk while 2 came in when coach Keim got the job and 2 others transferred in this year. The biggest 3rd-year guy on their roster looks to be Chance Resetich. Chance was the leadoff guy for them last year hitting .350 with 10 home runs and 39 RBI to go with 17 stolen Bases. Another big-time 3rd-year guy for them i going to be Payton Lawrence, who was a 3rd Team All-American last season. Payton was 10-2 with 8 complete games last season while striking out 116 and a 2.03 ERA.

When looking at the Freshman the one that stands out the most is Lucas Spence who seems to have a legit 2-way guy potential. From the outfield, he has been clocked at 94, while on the mound he is in the upper 80’s. Oh, and to add to it he is a left-handed bat and a lefty on the mound.

Black Hawk looks to have a perfect mix of 3rd-year guys, Returning Sophomores, Transfers, and impact freshmen. When the season starts we would not be surprised if they are one of the top teams in region 4 this year again with a legitimate chance of making it to Enid and to the world series for the first time in program history.

None at this time.