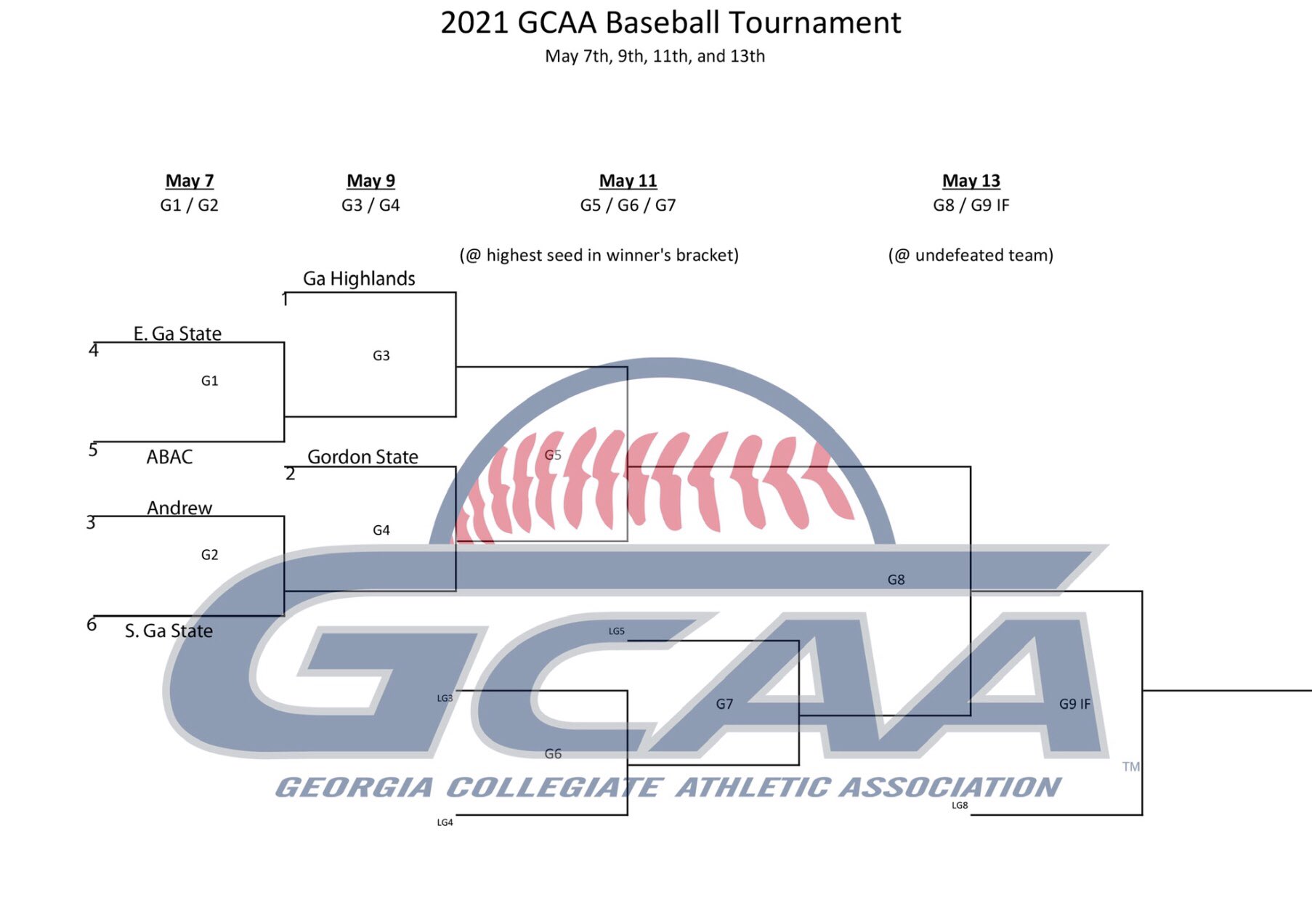 The last winner of this Region was Gordon State in 2019 who lost to Walters State in the District Title Game.

Region 17 only has 6 teams in it so every team gets a shot to take home the regional crown. The final season standings went as followed:

Both the Top 2 Seeds get a First Round Bye.

The first 2 games are “Play-In” Games towards the Double Elimination Part of the Tournament.

*All Pitchers are Projected Guys. Nothing has been Confirmed.

East Georgia comes into this tournament winning 5 of their last 7 games taking a 3-1 series from Andrews, and splitting with Gordon State.

Projected Starters *All Pitchers are Projected Guys. Nothing has been Confirmed.

Prediction: Both Teams have been getting hot at the right time when being a lower seed. But I (Noah) feel like this is going to be a very tight game till the very end but ABAC Coming out on top and advancing to play the #1 Seed Georgia Highlands.

Andrew comes into the tournament in a bit of a slump. Losing 5 of their last 7 games. 2 of those being to South Georgia.

South Georgia comes into the Tournament in the same boat as Andrew, losing 5 of their last 7.

Projected Starters *All Pitchers are Projected Guys. Nothing has been Confirmed.

Prediction: Both these teams as mentioned are both in slumps. But again I (Noah) feel like this is going to be a back and forth tight game with Andrew’s coming out on top to play the #2 Seed Gordon State.

Georgia Highlands has been in our Top 25 all season. It seems to have been a tale of two seasons though. They started off the season going 29-4 from the start of the season  to the end of March. Sense the start of April however they are 10-8. Yes, are different sample sizes, but that back half was the bulk of their conference schedule. They come into the tournament losing both the last 2 series to Abraham Baldwin and Gordon State.

Gordon State like Georgia Highlands has had a tail of 2 seasons. To open the season they started going 18-12 through March. After being ranked in our Preseason Top 25 they fell out after a few weeks. Sense the start of April however they have gone 12-7 not losing a series to finish out the season. They come into the Tournament after taking their final series of the year against Georgia Highlands

Now again this is just a guess. And anything can happen. I do feel though that Georgia Highlands is the most equipped to go through the losers bracket if they make it there. But in the end I feel like it will come down to either Gordon State or Georgia Highlands taking home the 2021 Region 17 Crown with a chance to win the Appalachian district Title against the winner or Region 7.