Week 10 Players and Teams of the Week 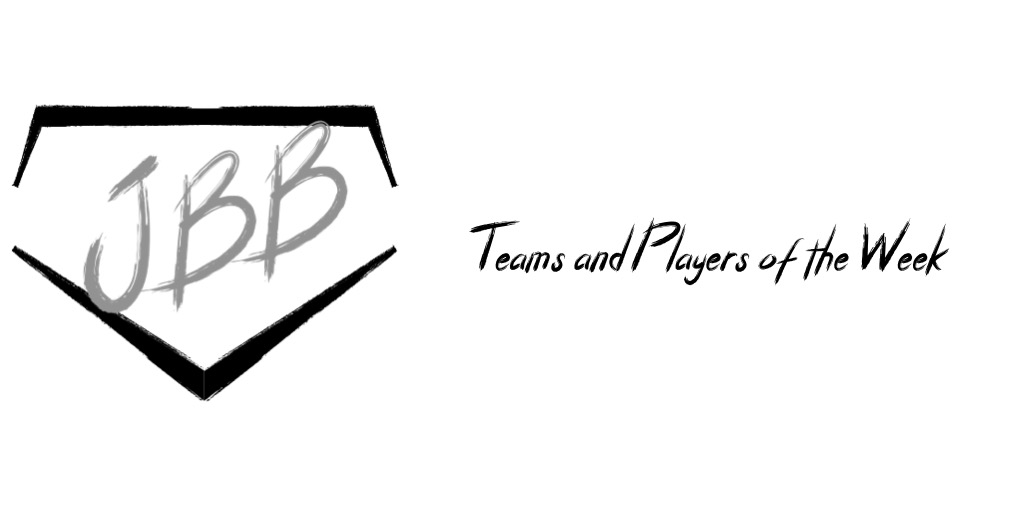 For the first time this season we are going to have more than just the rankings here on the JBB. For the rest of the season i hope to have one of these (Teams of the Week/Players of the Week) as well as a quick look at some of the Top Series across the Country.

Even though Salt Lake was 3-1 this past week it might be as impressive as a 3-1 that you can get. They Hosted then #2 Southern Nevada in a 4 game series. The total series was separated by just 12 runs with the only loss coming by 2 in game 2. On the mound Jake Wilson in game 3 of the series threw a complete game only allowing 2 runs. Offensively for them both INF Jaxson Otis (San Francisco) had big impacts for them. Otis was 5-12, with a home run, 2 RBI, 3 R, and a stolen base. Otis was also tagged as the SWAC Player of the week.

Itawamba 3-1 week is just as impressive as Salt Lakes. They swept then #3 Jones County, while splitting with #19 Holmes. In their first game with Holmes, Justin Medlin (Middle Tennessee State) threw a complete game shutout going 7 innings striking out 9 while only allowing 5 total base runners. UTIL Kyle Crigger (LA Tech) was a one man wrecking crew for them all week. He only had 4 hits but those 4 hits were huge. He had 2 doubles, and 2 homers driving in 11 runs and scoring 5 him self.

Cumberland had the most successful week across all three divisions. They went 5-0 against some of the top teams at the Division 3 level. They had wins over then #25 Atlantic Cape, #2 Rowan Gloucester, #14 Middlesex County twice, and 2018 Div 1 Juco World Series participant Monroe. Michael Miles had one of the most impressive start out of anyone across the country in their game against Rowan Gloucester. He threw a complete game shutout, striking out 12 along the way with only 1 walk and 1 hit. Both Ryan McIsaac and Vincent Napolitano had huge offensive weeks for them. McIsaac was 9-21 with 2 homers, 6 RBI, and 6 runs. Napolitano was 7-23 with a double, 2 homers, 6 RBI, and 8 runs scored.

This is a quick look at some of the top 4-5 weeks of both Hitters and Pitchers across the country.

One thought on “Week 10 Players and Teams of the Week”