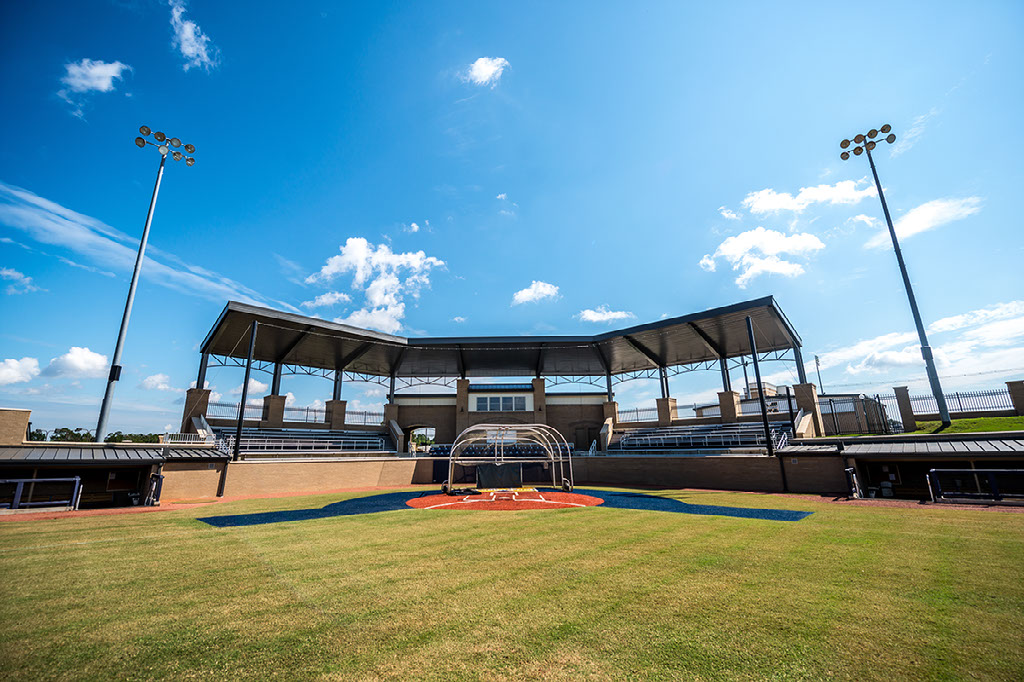 After the Success of the Division 1 Parks here we go with the Division 2. These Parks and Facilities are just as impressive as you would think. As with the first one we will start with the honorable mentions and our way to number 1. Grandy’s Field was built-in 2007 and became Sinclairs home in 2010. It is on the campus of Athletes in Actions World Training and resource Center in Xenia, Ohio. With Heated Dugouts, Dual Batting and Bullen’s on both sides of the field. Not to mention this field is all turf expect for the mound. Not that you would want to play year round in Ohio but this field is perfect for those early spring games.

Built in 1983 this field was originally named Crubaugh Field which was later changed to Roy Cresap Field in 2012. The stadium sits 1000 people with natural grass and a tree back ground this field is something to marvel at. Dead center it is 390, 330 down the lines, and 365 in the alleys.

This has to be one of the oldest JuCo fields in the country. Built in 1946, Danville Stadium sits up to 4000. Along with being the home of the Dans it has played host to countless minor league games and was even in the movie “The Babe” in 1992.

Built in 1988, this was the original home for the Martinsville Phillies (’88-’89) and then the Martinsville Astros (’99-’03). In 2005 It Became the Patriots field along with the collegiate summer team the Martinsville mustangs who play in the Coastal Plain League. This stadium Seats roughly 3200. It is 330 down each line and 400 in dead center.

1st day on the new field and 1st intersquad in the books #RRR #SOAP pic.twitter.com/pnshEDM00a

These guys within the past 6 Months have re turfed their entire field, Are in the process of redoing the stands behind home plate, and who knows what else. one thing I hope the dont/havent changed is the stands in right field.

Yet another field in Mississippi. And yet other field getting some work done on it. From what i can find they are adding turf, updating the stands and press box among a few other things.

Built in 1999 the Defending National Champs home is Amazing. Lights were added in 2006. With bullpen on both sides, a press box, Brick Dugouts. To add to it they have covered batting cages with lights that can be used at any hour.

Besides being the home for Wake tech it is also the home of the Holly Springs Salamanders of the Coastal Plain League since 2015. Seats Roughly 1800, this fully turf field can be played on year round. With Concessions, a press box, State of the art Scoreboard.

You know there must be something in the water out there in Mississippi because this is the 7th school from there on this list. But for good reason. With seats around the back stop this is a great place to watch a game any day. With what looks like a fairly impressive press box, even the announcers will have a good time. This place sits about 500 people.

Ok Mississippi we get it you guys like JuCo Baseball. The original field was built-in the same spot in 1973 and took its current name in 1990. Just this past year they opened this new renovated field. With new grass and dirt and a new Turf home plate. With seats for roughly 500 with 65 of those seats having backs to them better get their first. To go with it they have an indoor facility that was built in 2011 with their locker rooms, offices and of course an indoor with 4 batting/pitching tunnels. which can all be picked up to practice inside if need be.